The entire process of the amateur astrophotography or "nightscaping" means that you are seeking out dark skies, staying up all night in remote locations, grappling with complicated technology, all for visualizing what's in the night sky.  The discipline seems crazy to most who can't get past staying up all night, let alone taking the time to research or iteratively, through trial and error; slowly make a single photo that Nasa or some other wealthy individual has already produced in much better quality.

I mean if you want to know what's in the night sky why not just google It?
​
I like to say astrophotography is a form of hunting. The experience of doing it yourself is where the inspiration comes from and the process can provide a sort of nutrients for your wellbeing.

I caught the astrophotography bug in 2014 after a friend convinced me not to sell my ten year old Meade LDX75. After seeing what I could capture by mounting my DSLR to my telescope I fell into the astro rabbit hole and haven't yet emerged... I don't think. Luckily, most months there are clear skies somewhere in California which has kept me going out almost every new moon since 2016 to photograph the night sky.  This routine, oriented around the cycle of the new moon has provided a structure for an art practice that is now part of a circadian rhythm for me.

I hope that this site can be used to share my thoughts, experiences and rants about my pursuit of amateur astronomy. 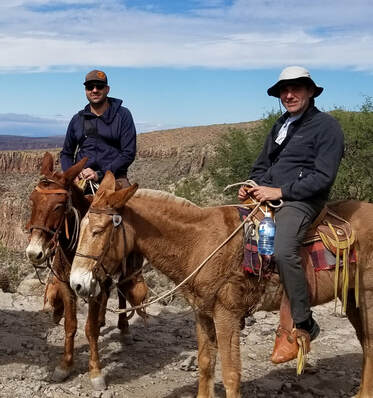 Ass-tronomers about to descend into Santa Teresa Canyon
Paolo Nicosia
When Paolo was growing up, he didn’t want to be an astronaut like other kids – he wanted to be an astronomer.  Some time in his early twenties he wisened up and realized he also wanted to be employable, and since then he has focused his professional geekdom on computers.  But his passion for the night skies never wavered.  He loves astrophotography for the technology and the pretty pictures, but most of all for the opportunity it provides to see the beauty and majesty of California under a completely different light.  His specialty is taking photos and then leaving them unprocessed on his hard drive until he forgets about them.  He lives in Albany and hails from Italy, the land of Galileo, slow food, and unfathomable light pollution.

Mason Hall
Born in the Lone Star State, Mason's love of the night sky was sparked by his Father inadvertently finding Jupiter in his 5-and-dime telescope while they were on a family vacation in Big Bend National Park to see Halley's comet. His mother taught him his love of the outdoors by roadtripping across the United States. By the time he was 16 he had car camped his way across all 48 states and his family had worked their way through 6 Volkswagen vans. His love for story telling and art making pushed him into a career in the arts and filmmaking. After his first major pay check from a Hollywood gig he purchased his first telescope rig. Soon after this his Daughter was born and with sleep being a precious commodity, his rig sat in the closet till he moved to the Bay Area in 2010. Mason has worked as a designer, fabricator, and filmmaker for the Museum and Film industries in Chicago, Minneapolis, Los Angeles and the Bay Area. His art making is described as a studio practice on one hand and as a community events organizer on the other.  He cofounded 365PM in 1998 and N.A.C. in 2016 which have been responsible for numerous community oriented art events. He currently lives in Albany Ca and works on call at the Exploratorium and in his own studio making objects and films.

International Dark Sky Association
We care deeply about preserving our night sky for everyone to enjoy and ponder.
Please consider supporting your local IDA chapter..